GQ: Why 1999 was Justin Timberlake’s most iconic year in fashion

As a singer, actor and music producer, Justin Timberlake is a true triple threat. A quadruple threat if you count dancing too, especially when looking back on his teenage heyday as a member of boyband *Nsync. While fashion may have moved away a bit from all their metallic suits and snapbacks, it’s impossible to deny the importance of their period — the 1990s — for clothing.

Why? Because the decade was iconic. Timberlake was a vanguard of all its extravagant motifs: from very big athleisure to leather jackets to hoards of denim (which spilled over into 2001 with that Britney Spears turn-up). So today, as Timberlake celebrates his 39th birthday, we’ve had a look through all his looks from the turn of the millennium and have come to one conclusion: 1999 was his wardrobe’s most thriving year. Here are five pieces of proof as to why… 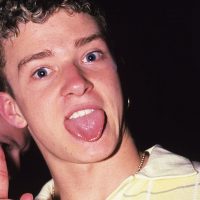 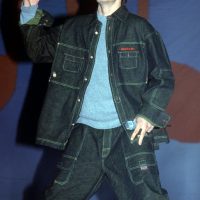 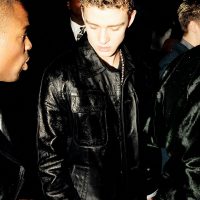 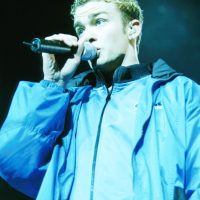 1. Because he went to town on the denim

Why: It’s one thing to do double denim, but a whole other to do double denim two sizes too big. Timberlake was keeping it cool with the indigo shade, but as for that exposed stitching, chunky cuffs and overload of pockets? He went to town on all those workwear details. Would still look stylish today, to be fair.

2. Because of his bling

Why: A boxy, patent leather jacket will forever hold a special place in our style-savvy hearts, as well as Justin’s. But the iconic details here? You’ll find them in his grooming products — a perm for the ages — plus embracing a series of silver diamond bracelets and necklaces (AKA the hallmark bling of the 1990s).

3. Because he lived in shades of cool

Why: Before Demna Gvasalia went all high fashion on the athleisure front for Balenciaga, Timberlake was sporting it in its biggest (and brightest) form. Say hello to a serious layering game: not one, but two track tops in an arctic blue and drawing almost as much attention as that studded earring. Almost.

4. Because no athleisure was too big

Why: Timberlake didn’t wear suits in 1999. He did wear co-ords (in the most casual sense), though. Case in point: this baggy red tracksuit with some seriously eye-catching details. Namely, those bright white stripes down the side and that boxy front pocket. Who said dressing practical had to be boring?

5. Because he knew how to wear a metallic fabric

Why: We’re not quite sure if Timberlake was hitting the red carpet or the red slope at his favourite ski resort with this look. Whatever the case, metallic was a winner for him in 1999, very on-theme for the bedazzled style of *Nsync. If you’re a member of the world’s biggest boy band and about to welcome in a new millennium, why not pull out all the stops?