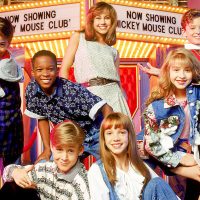 Disney hasn’t just produced some of the world’s most beloved family flicks, it’s also responsible for the skyrocketing careers of dozens of celebrities, including Britney Spears and Justin Timberlake.

The latter, in particular, is said to have topped the Disney Rich List, according to Electronic Ride on Cars, with a whopping $250 million net worth — most of which he’s earned from his two decades-long solo career in the music industry.

To date, Timberlake has released five studio albums and sold well over 70 million records worldwide as a solo artist.

With his former boy band *NSYNC, Timberlake’s sales surpass over 130 million albums, making him not just the richest Disney alum but also one of the best-selling artists of all-time.

His latest release with 2018’s Man of the Woods debuted atop the Billboard Hot 200, while its assisted concert tour, consisting of 115 shows and three legs, grossed an astounding $226.3 million.

Surprisingly enough, though, the sum was slightly less than what the 39-year-old made on his 20/20 Experience Tour, which pulled in $231.6 million, before concluding in 2015.

Timberlake is also believed to have made a fortune from his roles on the big screen. He’s starred in a bunch of blockbuster movies, such as Shrek the Third, Bad Teacher, In Time, and 2016’s Trolls, in which he also co-wrote the chart-topping soundtrack, “Can’t Stop The Feeling!”

The song sold four million units in the U.S. and was later named the best-selling track of 2016.