Take a Guess at Justin Timberlake’s Net Worth 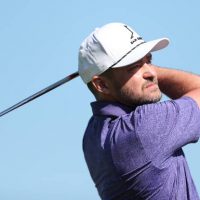 Look, we all know Trolls star and self-described “man of the woods” Justin Timberlake is rich. Like, you don’t give it your all on Mickey Mouse Club, join a boy band, spend most of your life selling out stadium tours, star in a gazillion movies, and write a McDonald’s theme song to not be rich. But Justin, man who is constantly pissing off the internet, isn’t just regular rich. He’s mind-blowingly wealthy, with even more money in the bank than the likes of Kris Jenner. Time to break down exactly how much money Justin Timberlake has made from his lifetime in the spotlight.

You might think that Justin would have earned a ton from his boy band days, but it was a whole THING due to NSYNC being managed by the notorious Lou Pearlman (who ended up going to jail for a Ponzi scheme, fyi). Because of Lou’s antics, the members of NSYNC only saw $10,000 each after an entire album’s worth of touring. As Lance Bass said in the full-blown documentary he made about this ordeal, “I open up the envelope, I see the check, and oh, my gosh, my heart sunk. I couldn’t believe the number I was looking at. The check was $10,000. And not to sound ungrateful…but when you compare it to how many hours we had put into this group for years, it didn’t even touch minimum wage. At all”.

This inevitably lead to a lawsuit and NSYNC eventually signed a $12 million deal with Jive Records, which is when they started making BIG money. Example: their PopOdyssey Tour earned over $90 million in 2001. Which is, um, yeah, a lot!

Some of us (me) still aren’t over NYSYNC breaking up and Justin going out on his own, but one can’t deny it was the right business move for our guy. The success of Justin’s solo albums and tours made him one of the wealthiest celebrities of the early aughts, and he consistently appeared on ~celeb rich lists~ thanks to record sales, touring, and generally just being super savvy with his finances. But perhaps you’d like some quick stats, eh?

Impressive. Now excuse me for a moment whilst I make us listen to this:

And they just hit different, ya know? Justin has partnered with a gazillion brands over the years, but most significantly he got a rumored $6 million for McDonalds’ “I’m Lovin’ It” campaign. Though, to be fair, he did record a whole freakin’ song for them. Some other brands Mr. Biel has worked with? Sony, Givenchy, Sauza Liquors, and Levi’s—to name a few. He’s also dipped his frosted tips into the world of restaurants, had a clothing line that sold at Target for a while, is an investor in several companies, and is a minority owner of the Memphis Grizzlies? He’s been busy!!!!

He Made That Sweet, Sweet Trolls Money

Justin has been in a lot of (actually good) movies, including The Social Network. But nothing pays bigger than the monster franchise that is Trolls (shudder again). While we don’t know his exact paycheck/residual situation, it’s likely in the seven figures based on a deep-dive into Trolls World Tour from The Hollywood Reporter.

I regret to inform you that we’ll now be watching this:

Justin Timberlake’s Net Worth Is Bonkers

Please prepare to scream into the gaping void that is your bank account, because our dude has $250 million to his name, per Celebrity Net Worth, thanks to a combo of music sales, tours, endorsements, savvy business moves, and—of course—some fancy real estate. Did you know Justin and Jessica Biel own a $20.2 million Tribeca duplex that has $15k in monthly condo fees? And a $8.3 million Hollywood Hills mansion? And a $4 million Nashville estate? And a property at the Yellowstone Club in Montana? Yeah.