Justin Timberlake and Aaron Rodgers competed against a star-studded field of celebrity golfers in the 2021 American Century Championship.

The 40-year-old hitmaker and the 37-year-old NFL star played the second round of the tournament at the Edgewood Tahoe Resort course in Lake Tahoe on Saturday. 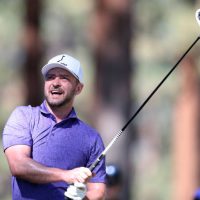 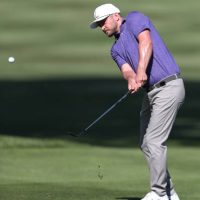 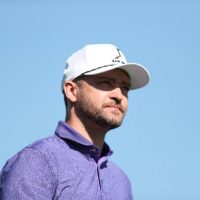 Justin and Aaron ended the day tied at 28th place heading into the third round.

Justin is an avid golfer who bought the course where he learned to play the game. He purchased the Big Creek Golf Course in Memphis, Tennessee in 2007.

The superstar became the 14th celebrity to host a PGA Tour event in 2008, following in the footsteps of Bob Hope and Frank Sinatra. Timberlake hosted The Justin Timberlake Shriners Hospitals for Children Open from 2008 to 2012.

Mahomes and Kelce crashed an interview that Justin was giving to NBC Sports and the trio appeared to be having a blast as they put their arms around each other and cracked jokes. Later, Justin even busted a few dance moves after making birdie at the 11th hole.

Aaron is also passionate about the sport. Earlier in the week, he and golf pro Bryson DeChambeau defeated NFL rival Tom Brady and Phil Mickelson in the two-on-two celebrity golf tournament The Match.