The singer-actor was on hand last night in Beverly Hills to help honor his ‘Trouble With the Curve’ co-star at the American Cinematheque Award gala.

Amy Adams proved she could sing in films like Enchanted and The Muppets, but Justin Timberlake has now revealed she’s especially crazy for karaoke. 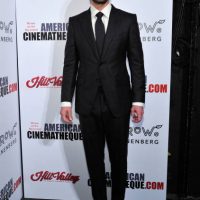 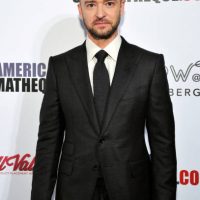 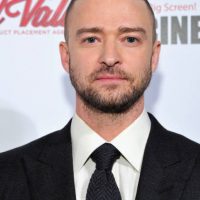 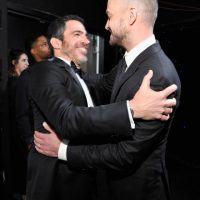 “Amy Adams is a monster, more specifically a karaoke monster”, Timberlake said of his Trouble With the Curve co-star while helping to honor her last night at the American Cinematheque Award gala at the Beverly Hilton Hotel.

“Let the record show that the woman sitting right over there looking all sweet and innocent with the face of an all-American angel turns into a whole new person, a beast in fact, when she gets anywhere near a karaoke machine”.

J.T. recalled one night while filming in Atlanta, they hit a bar. After about five tequilas, he said, “She pretty much bullied me into singing ‘A Whole New World’ from Disney’s Aladdin with her”.

Timberlake said he’d like to duet with her again. “But next time, I’m choosing the god damn song because I have a history with Disney”, said Timberlake, referring to his time on the Mickey Mouse Club with Britney Spears and Ryan Gosling. “There’s a whole PTSD thing going on”.

Kristen Stewart was also on hand to gush over Adams. They two worked briefly together in On The Road.

“You are like my favorite actress”, Stewart said. Tom Hanks was the first to take the stage to praise Adams.

They first worked together on Steve Spielberg’s Catch Me If You Can.

“To be acting in a scene with her was to forget everything I was trying to do with my lines and my dialogue and my glasses and my suit and my hat and my gun”, Hanks said. “I was lost. I was lost in her face, in her eyes”.

After receiving a standing ovation as she walked to the stage to accept the award from Michael Shannon, Adams said that she asked her 7-year-old daughter Aviana earlier in the day why she likes movies.

She also made sure Timberlake didn’t get the last word on their karaoke shenanigans. “Justin acts like I bullied him, but he brought the Bell Biv Davoe”, Adams said. “He sang ‘That Girl Is Poison’. That’s on him. I didn’t bully him into that”.

Adams was surrounded by family at her table, including her husband Darren Le Gallo and three of her six siblings.

This year’s Sid Grauman Award presented by Hill Valley was given to Richard Gelfond and Greg Foster on behalf of IMAX.