Fresh-faced college seniors aren’t the only ones being honored this graduation season. Missy Elliott, Alex Lacamoire and Justin Timberlake all received honorary Doctor of Music degrees from Berklee College of Music on Saturday.

Anyone tuned in to the world of elite music schools knows this is a big deal“.This year’s honorary doctorate recipients are being recognized for their achievements and influences in music, and for their enduring global impact”, the school said in a statement in March. 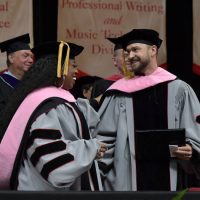 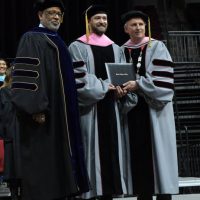 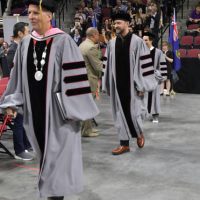 The three musicians certainly have the accomplishments to back up the honor.

Justin Timberlake’s work as an actor, author and 10-time Grammy Award-winning musician has made him a household name. With hits like “SexyBack” and “Can’t Stop the Feeling!”— along with appearances in “The Social Network” and “Shrek the Third” — he has fans across generations. Timberlake was recognized by TIME as “one of the 100 most influential people in the world” in both 2007 and 2013.

His appearances on “Saturday Night Live” also show he’s really funny, which is clear in the video he posted to Twitter after receiving his degree.