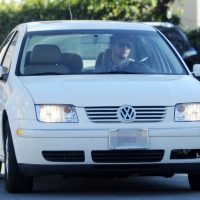 The German automaker, Volkswagen has some of the most sought-after cars in the world that many of us would love to own. Those of you who grew up in the 80s are familiar with the VW Beetle because it was one of the popular rides back then. But times have changed and cars are sleeker, faster and more expensive than ever. If you’re an A-list celebrity in Hollywood, buying a luxury car is often the first thing you buy with your riches. But that’s not the case with Justin Timberlake.

If someone like Justin Timberlake decides to get a Volkswagen car, people will assume that he’ll only go for the most expensive model. But it may shock you that the singer drives a surprisingly inexpensive Volkswagen ride that almost anyone can afford.

Timberlake is famous for his chart-topping hits and classy style but the singer owns a $16,000 Volkswagen Jetta, which left us wondering why he loves this affordable model. Although Timberlake has a fleet of cars that are worth millions of dollars in his garage, the Jetta is still his go-to car for running errands and just riding around the town.

However, the singer leaves the Jetta at home if his three-year-old son Silas is with him. The proud dad took Silas for a chopper ride just a few days ago, an expensive bonding activity that must have made Jessica Biel a little jealous. Timberlake married Jessica in 2012 at the Borgo Egnazia resort in Fasano, Italy.