Forgive and forget? Two months after Justin Timberlake was spotted was spotted holding hands and getting cozy with his Palmer costar Alisha Wainwright at a bar in New Orleans, he and wife Jessica Biel look closer than ever.

The couple — who wed in 2012 and share 4-year-old son Silas — were spotted linking arms in New York City on Sunday, January 19. In photos posted by the Daily Mail, the bundled-up couple were all smiles holding coffee and strolling along. They even shared a loving gaze.

Out and about in Nueva York +13 images 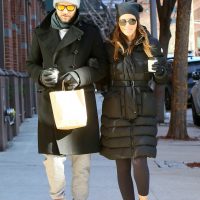 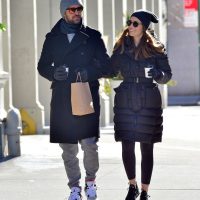 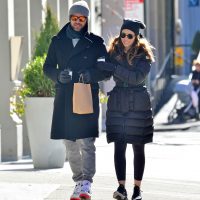 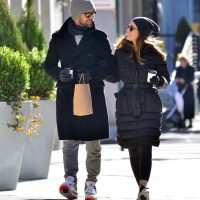 The outing comes after a source told Us Weekly exclusively earlier this month that Biel, 37, is “still upset with Justin” over the singer’s PDA scandal that surfaced on November 23.

“He has been making big promises and not sticking to them as much as she thinks he can and should”, the source said at the time. “He promised that he would be more involved with their family and she doesn’t feel like he’s doing that”.

Another insider, however, told Us that the duo are “not in a tense place at all”.

In fact, the couple were spotted having an intimate dinner together at the Hotel Bel-Air in Los Angeles on January 9 — the first time they were seen together since Timberlake, 38, issued a public apology.