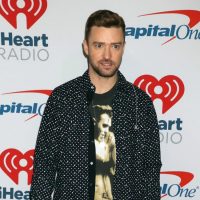 Justin Timberlake and Timbaland have been cemented in pop music history as a certified hitmaking team, but as a 14-year-old boy, Justin Timberlake thought it was his “prophecy” to work with the megaproducer.

In a new interview with Apple Music’s Zane Lowe, Timberlake shared his Essentials Playlist that rewinds through 20 of his biggest hits old and new, from his career-defining No. 1 hit “SexyBack” to his reflective new sound on “Mirrors” to his “Can’t Stop The Feeling!” happy dance anthem from Trolls in 2016.

But when it came to “SexyBack”, the 39-year-old hitmaker remembered the pushback he initially received. He told Lowe about the concerns those from the label had about the first single of his 2006 album FutureSex/LoveSounds, from “It’s too fast” to “It doesn’t sound like you” to “It doesn’t have your signature falsetto”. Yet Timberlake loved it for all those reasons, and the David Bowie inspiration behind it.

“I was listening to ‘Rebel Rebel’, which essentially is about a cross-dresser. And so I was picturing guys, girls, all iterations of that in a club, singing this to each other”, he said of the 1974 Bowie classic in the interview. “And I said, ‘This has to be so simple and a vibe and just like an attitude’. And I was like, ‘What’s the most audacious thing you could possibly say?’ And that was the first line of the song”.

Timberlake then dove into the story of how the provocative R&B single came to be, which eventually won the Grammy award for best dance recording in 2007. “I’ll never forget this moment. So [Timbaland’s] like, ‘All right man, I think we got to bring dance music back’. So he’s [beatboxing]… He’s like, ‘Whatchu you gonna say?’ I just go like this, [singing] ‘I’m bringing sexy back!’ And he goes, ‘Yeah!’ He just said ‘Yeah!’ But Timbaland doesn’t do anything off-beat. You should know that”.

He continued: “So then we just started trading lines back and forth and it was just, it honestly, it was like a pop-dance cipher. You know, where we were, everything was off the top of the head, and we were just going. And then we finished it, we knew it was different. We would invite people to the studio. And every time that record came on, the reaction you got from any female was, I was like, ‘This is it'”.

That instantly rhythmic workflow between the two once seemed like a thing of Timberlake’s dreams, as the former *NSYNC member remembered first wanting to work with the Verzuz battle co-creator after hearing Missy “Misdemeanor” Elliott’s 1997 debut studio album Supa Dupa Fly, which Timbaland produced all on his own.

“That was like a prophecy for me. You have to understand, like when I was 14 and we were just actually forming the group [*NSYNC], Supa Dupa Fly was the thing for me. And I said to my mother, ‘I will work with that man one day. I will work with him one day if it’s the last thing I do'”, Timberlake told Apple Music. “And of course, I was 14, and just like… I probably could have said anything at that point and believed it…. We had met a little bit. He really liked ‘It’s Gonna Be Me’, actually. And we met him outside a studio one time and I was kind of realizing that maybe it wasn’t going to be possible”.

Since then, the two have spawned countless hits together and Timbaland has production credits on every one of JT’s solo albums in the last two decades.