Yesterday, Timbaland and Justin Timberlakeconfirmed that they have been steadily working on new music, presumably set to appear on the long-anticipated Futuresex/Lovesounds sequel that has since been teased. And while they recently put in work on a melodic guitar-driven new track, it would appear that Justin Timberlake has been steadily connecting with a few other collaborators, including Ty Dolla $ign, Ant Clemons, and one of the year’s most accomplished producers — Hit Boy.

While it’s unclear as to what the quartet have been concocting, and for whose project — lest we forget that Ty Dolla $ign also has his own album Dream House in the works — it looks like they joined forces for at least one song. After all, the sight of a studio patch bay seems to confirm that music was indeed part of the itinerary. 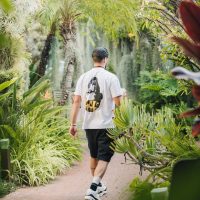 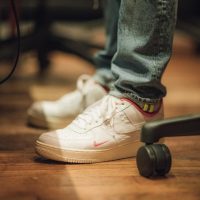 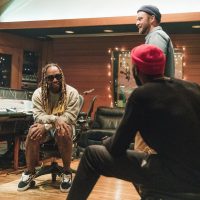 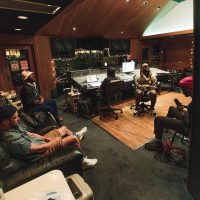 On the other hand, Ant Clemons recently celebrated his twenty-ninth birthday, and a wholesome clip from his IG page indicates that a celebration went down that same day — check it out for yourself below. “Thank you for all of the birthday wishes and to everyone that helped make my 29th one of the BEST BIRTHDAYS EVER!!” captions Clemons, alongside video of the cake being served.

Despite the outcome remaining unclear, don’t be surprised to see some combination of Ant Clemons, Hit-Boy, Justin Timberlake, and Ty Dolla $ign to surface in the near future. Whether or not we’ll actually see Futuresex/Lovesounds 2 is another story altogether. Do you want to see these four collaborating on a single track?