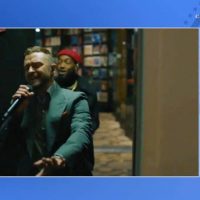 The Biden-Harris inauguration festivities on Jan. 20 spurred sales gains for the songs performed throughout the day’s celebrations, including big increases for tunes by Ant Clemons and Justin Timberlake; Tim McGraw and Tyler Hubbard; and Black Pumas.

Altogether, the songs performed during the daytime show Parade Across America and the primetime event Celebrating America sold 39,000 downloads in the U.S. on Jan. 20, according to initial reports to MRC Data. That’s up 2,000% compared to the 2,000 those same songs sold on Jan. 19. The sales figures include the original and popularized versions of songs covered on the two programs, including Demi Lovato’s cover of Bill Withers’ “Lovely Day” and Jon Bon Jovi’s take on The Beatles’ “Here Comes the Sun”.

The top-seller on Jan. 20 from the two shows was Clemons and Timberlake’s “Better Days”, which sold 13,000 downloads that day — a gain of 15,351% compared to the negligible sum it sold on Jan. 19. The song was released in December but has yet to chart on a Billboard tally. That will likely change come next week, once the new charts (dated Jan. 30, reflecting sales and streaming data for the week ending Jan. 21) are compiled and announced.