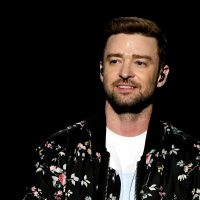 Justin Timberlake on Friday apologized to Britney Spears and Janet Jackson for benefiting “from a system that condones misogyny and racism” following backlash initially stemming from the release of the documentary “Framing Britney Spears”.

“The industry is flawed. It sets men, especially white men up for success. As a man in a privileged position I have to be vocal about this”. Timberlake wrote in an Instagram post on Friday. “Because of my ignorance, I didn’t recognize it for all that it was while it was happening in my own life but I do not want to ever benefit from others being pulled down again”.

“I specifically want to apologize to Britney Spears and Janet Jackson both individually, because I care for and respect these women and I know I have failed”, Timberlake, 40, wrote.

“Framing Britney Spears”, which was produced by The New York Times and released last week on FX and Hulu, focused on Spears’ tumultuous career and fight to remove her father’s conservatorship over her estate.

The documentary highlighted the fallout from Spears’ breakup with Timberlake, in which Spears became a laughingstock, while Timberlake’s career continued to soar.

Following the breakup, Timberlake bragged about sleeping with the singer and launched his solo career on an album that cast Spears as a cheater and Timberlake as a doting romantic. Meanwhile, late night hosts commenced a habit of skewering Spears in their monologues.

The film’s release coincided with Super Bowl weekend, when many tweeted about #JanetJacksonAppreciationDay in recognition of the 2004 “wardrobe malfunction” in which Jackson’s breast was exposed during her halftime performance with Timberlake.

Jackson faced career consequences following the incident, while Timberlake enjoyed another career boost. Jackson’s music was pulled from all Viacom channels and radio stations, even though Timberlake was the one who exposed her breast. Jackson was also banned from the Grammy Awards the following week, where she was set to perform. Timberlake’s act was not removed from the awards show.

“I’ve seen the messages, tags, comments, and concerns and I want to respond. I am deeply sorry for the times in my life where my actions contributed to the problem, where I spoke out of turn, or did not speak up for what was right”, Timberlake wrote Friday. “I understand that I fell short in these moments and in many others and benefited from a system that condones misogyny and racism”.

“I know this apology is a first step and doesn’t absolve the past”, Timberlake added. “I was to take accountability for my own missteps in all of this as well as be a part of a world that uplifts and supports”.