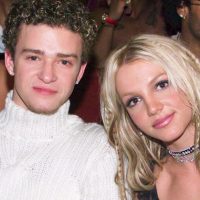 Oops, they did it again! Saturday Night Live for the second week in a row invoked Britney Spears in its cold open, but this time, instead of just mentioning the #FreeBritney movement, the NBC sketch comedy show had Chloe Fineman play the pop princess hosting her own talk show where guests apologize for grave errors in judgment — and she took a shot at Justin Timberlake’s recent apology.

“Hey, ya’ll! It’s Britney, b—-!” Fineman says, spot on as Spears, before explaining why she started doing her own apology show. “After the Free Britney documentary came out, I’m receiving hundreds of apologies a day”.

The dig at Timberlake, who has hosted SNL five times, came next. “I’d like to give a quick shout-out to our sponsor, the Notes app”, said Fineman as Spears. “Are you looking to post a lame apology 20 years late? Go through the motions with the Notes app”.

The “SexyBack” singer issued his mea culpa Feb. 12, a week after the documentary Framing Britney Spears premiered. The program, which aired on FX, resulted in calls on the internet for Timberlake to apologize to his ex-girlfriend for how he portrayed her after their 2002 split. “I am deeply sorry for the times in my life where my actions contributed to the problem, where I spoke out of turn, or did not speak up for what was right”, Timberlake wrote in Notes and posted to Instagram, specifically mentioning Spears and Janet Jackson.