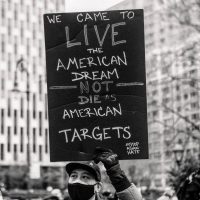 Rihanna, Justin Timberlake, CL, Pharrell, Ariana Grande and many other artists have joined the rising chorus of voices condemning anti-Asian violence in the U.S. following a shooting rampage on Tuesday in Atlanta in which a 21-year-old white man killed eight people, six of whom were women of Asian descent.

The suspect in the case was charged with eight counts of murder on Wednesday in the spree that found him attacking three spas in the Atlanta area. According to the New York Times, investigators have not ruled out a racial motive in the case, in what appears to be the latest example of anti-Asian violence in a year when such incidents have spiked across the country. White House Press Secretary Jen Psaki said on Wednesday that “there’s no question” that former president Donald Trump’s repeated use of phrases such as “China/Chinese Virus” and “kung flu” in reference to the coronavirus first identified in Wuhan, China, helped fuel an increase in crimes against Asian Americans.

Timberlake retweeted a statement from the NAACP condemning the killings, which they called “A disgusting and disturbing example of how the spread of domestic terrorism has been allowed to torment communities”.