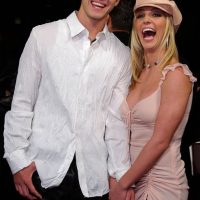 It’s said the former N-Sync singer, 40, reached out to ex Britney, 39, via her management almost two decades on from their split.

Justin recently made headlines when he said he was “deeply sorry” after documentary Framing Britney Spears shed light on his past treatment his ex-girlfriend, which had included an interview in which he’d made light of having sex with her.

The documentary explores the legalities of a conservatorship and explains how Britney’s father, Jamie, came to be in control of her finances as well as her everyday life.

It also follows the way Britney – one of the world’s biggest stars – was portrayed by much of the media.

Now it’s reported that Justin wanted to apologise personally, sorting a phone call through Britney’s management “who knew how touched Brit would be by his gesture”.

An insider told Closer magazine : “They had a long emotional phone call where he explained his behaviour is something he’s long regretted and told Brit he wanted to personally apologise and make amends, which she really appreciated.

“She told him she forgave him and said how great it would be to see him after all these years and to meet [his wife Jessica Biel] and their sons, which Justin agreed he’d love to do”.

According to an insider, Justin and Britney have “not reconnected”.

A source with knowledge of the situation told the Mirror: “This is not accurate and the two have not reconnected”.

Britney was 18 and Justin 19 when they struck up one of showbiz’s most famous romances.

They dated between 1998 and 2002, Justin describing their split as “heart-breaking” while Britney told she was “hurting but trying to see it as an experience”.

Justin has been married to actress Jessica for nearly 10 years, while Britney is loved up with boyfriend of four years Sam Asghari.