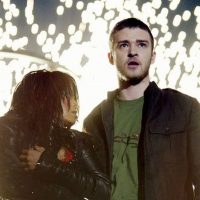 Justin Timberlake’s manager has urged Janet Jackson to forgive the Cry Me a River singer after their infamous 2004 Super Bowl performance bust-up.

The Rhythm Nation hitmaker was left stunned when Justin heaped the blame on her for their ill-conceived bra-ripping set, which upset censors and the National Football League, and now his manager, Johnny Wright, who formerly represented Janet, has urged the 54-year-old to forgive and forget.

Wright was responding to a picture Janet posted on Instagram, which read: “Always choose to heal, not hurt. To forgive, not to despise. To persevere, not to quit. To smile, not to frown. And to love, not to hate”.

Johnny wrote in the comments: “You should take this advice and to apply it to your relationship with Justin (sic)”.

Justin recently issued a public apology to Janet, as well as to his ex-girlfriend Britney Spears, after he was criticized online for the way he treated the women in his life following the release of the explosive Framing Britney Spears documentary.