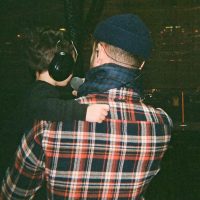 Justin Timberlake may be one of the biggest musicians in the world, but his 6-year-old son is unfazed by his fame. Jessica Biel hilariously shared what their eldest son thinks when he hears JT’s music during Friday’s The Tonight Show Starring Jimmy Fallon.

Jimmy Fallon first asked if Silas “freaks out” that Timberlake is in Trolls and Biel voices a character on her children’s show, Pete the Cat.

“Silas does definitely with Justin because of Branch”, Biel said of her husband’s character in Trolls. “And also his music — whenever he hears daddy’s song he’ll go ‘Oh yeah, that’s dad. No big deal, whatever'”.

“But the funny thing about Pete the Cat is I tried to get him to watch the show, he will not watch”, she continued. “And yet he says, ‘Hey mom, hey mom, do one of those voices from the show’. And I’m like, ‘But you’ve never seen the show you don’t even know'”.

She added that he keeps pressing her until she does “one of the voices, and he’ll be like, ‘Cool mom. Cool”.

Biel and Timberlake are also parents to a younger son named Phineas, whom they welcomed last year. When asked by Fallon if the two boys are “besties”, the Sinner star said, “I think they are”.

“I really do, and I really was worried”, she explained. “You just never know what’s going to happen and how your older one is going to feel about the little one. Man, they just think each other are so funny, and it’s so amazing to watch. It’s so cute”.

The mom-of-two previously shared the same sentiments in February while on The Ellen DeGeneres Show. She revealed, “Silas, he is the performer, he wants to make the jokes and he wants all the attention on him”.