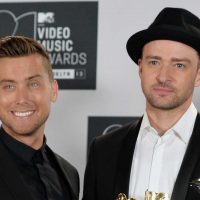 Lance Bass doesn’t have to sing “Tell Me, Tell Me” anymore. Justin Timberlake finally explained why he didn’t take his fellow *NSYNC member’s phone call the other day.

Justin Timberlake’s unavailability wasn’t anything personal, and it came as Bass was in a celebratory mood. In an Instagram video he shared Sunday (July 25), Bass was calling up his fellow boy banders to mark the 20th anniversary of Celebrity, their fourth studio album, which was released July 24, 2001. “To celebrate…. Let’s check in with the fellas”, Bass captioned the video.

The clip shows him FaceTiming his pals one by one, starting with Chris Kirkpatrick, and continuing with Joey Fatone, and JC Chasez. Each one picks up and happily greets him, only for Bass to quickly say he’s too busy to chat, and to call him back later. But he got a different reception when he called Timberlake. After the FaceTime rings a few times, Bass is quickly notified that Justin Timberlake is “unavailable”.

The “SexyBack” later hopped into the comments section on Bass’ video post to explain why he didn’t pick up. “Once those babies show up… your unavailability will all make sense, bro”, he explained with three laughing-crying emojis. Responded Bass, who is expecting twins: “Touche!”

After Timberlake’s response, Bass shared a video of himself on TikTok and Instagram Stories that showed him dancing. Over it, he wrote, “When Justin Timberlake finally responds to my text”… with a screengrab of the Trolls voice actor’s comment below.