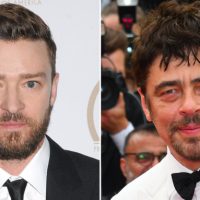 The film picks up following the brutal murder of a young real estate agent, following a hardened detective (Del Toro) as he attempts to uncover the truth in a case where nothing is as it seems. In doing so, he finds himself dismantling the illusions in his own life.

Prolific music video director Grant Singer is helming the pic in his feature directorial debut. He wrote the script with Benjamin Brewer (The Trust, Beneath Contempt).

Timberlake most recently played the title role in the Apple Original Film Palmer. He’s also appeared on the film side in DreamWorks Animation’s Trolls films, the Coen brothers’ Inside Llewyn Davis, Clint Eastwood-starrer Trouble with the Curve, Andrew Niccol’s action thriller In Time, Will Gluck’s Friends with Benefits, Jake Kasdan’s Bad Teacher and David Fincher’s The Social Network among other titles.