Take Back The Night, promotional pictures 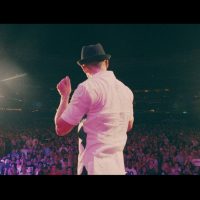 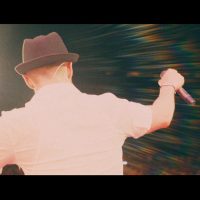 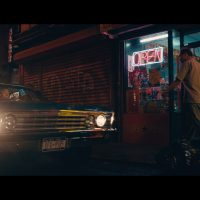 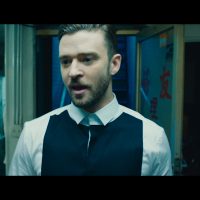 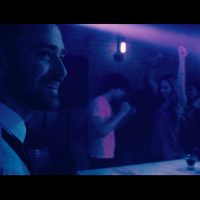 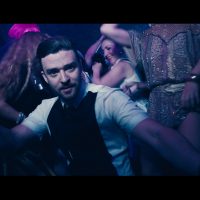 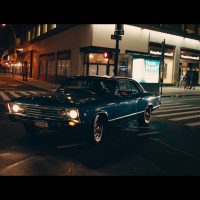 Part of the video was shot during Justin's live performance of "Take Back The Night" during the first of his two Yankee Stadium shows on July 19th.

There were 12 cameras on him during this scene, including a Stedicam on stage that captured this shot, and a helicopter flying above Yankee Stadium!

In this first exclusive still from the video, Justin is pictured performing LIVE in front of 47,000 eager New Yorkers.

The video was shot on one of the hottest days of the summer. Temperatures reached 99 degrees with close to 100% humidity, and even hotter on set under the lights!

After filming this Yankee Stadium performance, the video crew spent the rest of the night, into the early morning, driving the streets of NYC from the Bronx to Chinatown to get all of the shots of the Justin driving through the city.

The car in this shot is a 1970 Chevelle SS, one of Justin's favorite classic American cars.

This location was really a noodle shop that we converted into a bodega for the shoot! It was named Yee's Place after the video's Director Of Photography's dad's restaurant in Harrisonburg, VA.

Much of the video was shot on Doyers St in New York City's Chinatown, which is home to the oldest dim sum restaurant in the US (where Justin ate a meal on set), the first Chinese Theatre in NYC, and is also filled with amazing history.

When the video crew was shown this location, they asked that the owner not touch a thing until after the shoot. It was perfectly decorated for the vibe this scene was meant to capture!

This scene was shot in a working barber shop that's right across the street form our bodega and other scenes from the shoot. Outside of the Yankee Stadium, helicopter, and driving shots, the majority of the video was all filmed within the one block of Doyers St.

This is a scene from club Apotheke – an exclusive speakeasy-style cocktail bar in Chinatown on Doyers St with arguably some of the best drinks and bartenders in the city.

Even though this scene doesn't happen until about halfway through the video, it was the first thing that was filmed on the shoot day. We needed the shots outside to happen at night, so this was actually filmed at about 3pm in the afternoon!

The smiling girl in this shot is AJ Harpold, one of Justin's real co-choreographers!

Hey there, did you like this gallery? What's your favorite picture?