Chanel and Pharrell Williams on Tuesday dropped the world’s most exclusive sneakers — and Justin Timberlake was the first to snag a pair.

The “SexyBack” singer, who is working with Williams on his new album, caused a sensation by popping in to Colette for a party celebrating Chanel’s takeover of the Paris concept store. 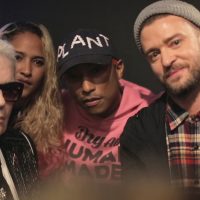 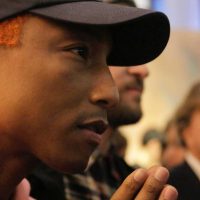 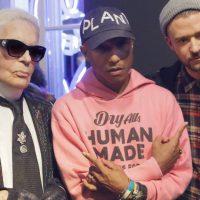 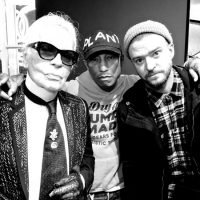 Posing with Williams and Chanel creative director Karl Lagerfeld, Timberlake proudly brandished a Chanel bag containing the 1,000-euro sneakers designed by Williams in collaboration with Chanel and Adidas Originals, as an offshoot of his ongoing collaboration with the German sporting goods firm.

Chanel plans to donate profits from the pop-up to charities supported by the Chanel Foundation, which aims to support women as agents of social change throughout the world.

When asked what other projects are in the works, Pharrel revealed that “the Ariana Grande stuff is pretty amazing. The things that she has to say on this album, it’s pretty next-level. Her album is amazing. And the Justin Timberlake is crazy”.