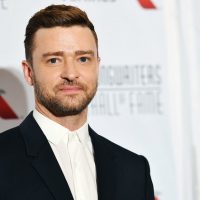 The singer/actor has appeared in some 20 films, including The Social Network, Friends With Benefits, Inside Llewyn Davis, Alpha Dog and Trouble With the Curve, and recently voiced Branch in the Trolls sequel Trolls World Tour.

In talking about the film to Billboard, director Stevens refers to Timberlake’s character and “his relationship with an eight-year-old boy in rural red state America”.

“Justin is an ex high school football star, gets a scholarship to a big school, gets injured, gets addicted to pain killers. This is all backstory”, Fisher explains elevator pitch-style. “Comes back home, thrown out of school and gets into a lot of trouble, tries to rob a very rich family in town, gets caught, attempted manslaughter.

“He’s getting out of jail 10 years later, comes to live with his grandmother. Next door is a beautiful 30-year-old woman who’s a meth addict, who has an eight-year-old boy, who likes to play with dolls and dress up as a girl in red state America. Justin’s grandmother is co-parenting this boy with the meth addict mom who is always off trying to cop dope”.

Stevens was in Toronto for the premieres of two films, the Leonard DiCaprio-backed documentary And We Go Green about Formula E racing, which he co-directed with Malcolm Venville, as well as for his role in the ’50s-style detective story Motherless Brooklyn, directed by and starring Edward Norton.

He tells Billboard he and DiCaprio are also trying to raise money for a documentary about climate deniers in America. Starring Donald Trump? “No, more like the people who are paid”, he says. “Donald Trump is paid to deny climate change in its own way, but more like people who are hired by the Koch Brothers or hired by lobbyists to tell people who don’t really do their research, ‘it’s all fake, it’s a liberal conspiracy'”.