Stax Music Academy (SMA) was given a national, primetime spotlight Thursday, with Justin Timberlake and Ellen DeGeneres celebrating the school and its students as part of an NBC-TV holiday special.

Stax Music Academy’s appearance came on the final night of a three-part holiday special “Ellen’s Greatest Night of Giveaways” — and DeGeneres did just that, presenting $250,000 to the SMA, and giving an additional $50,000 in college funds to one of its students, Christopher Clark. 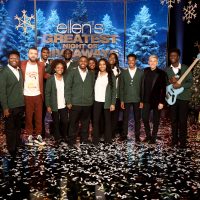 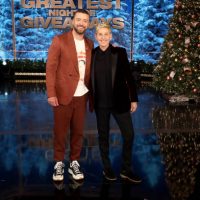 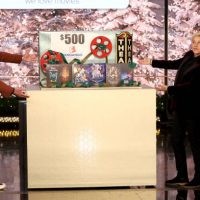 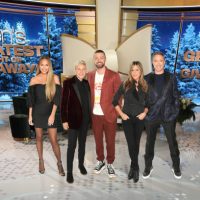 Clark, the other students of academy, their families and friends all gathered Thursday at the Stax Music Academy building in South Memphis to watch the program.

“Ellen’s Greatest Night of Giveaways” — shown over three nights — promised to offer “heartwarming surprises” as deserving people from around the country were presented with gifts and prizes. DeGeneres hosted and handed out awards along with a collection of big-name celebrity helpers, including Michelle Obama, Jennifer Aniston, Robert Downey Jr., Melissa McCarthy, Michael B. Jordan, Chrissy Teigen, and Steph and Ayesha Curry, among others.

SMA’s appearance on the show was driven by Timberlake, the Millington native and global pop star. Timberlake established formal ties with the SMA in August when, as part of a Levi’s funded effort, he installed a new songwriting lab in the academy and conducted a camp for students. Timberlake also pledged $100,000 toward a scholarship fund for SMA students over the next four years.

Soulsville communication director Tim Sampson accompanied the students to Hollywood, California, last month to tape the segment for the special.

“The way I understand it, Ellen partnered up with NBC and [sponsor] Green Dot Bank to do these giveaways and then she asked all her celebrity friends to come to do it with her and suggest worthy recipients”, said Sampson. “She and Timberlake are friends, and it was Justin who said, ‘Why don’t you do something for the Stax Music Academy?'”

Timberlake was featured heavily on the broadcast, helping a family from Ohio whose father was battling ALS, and distributing gifts to the studio audience. Toward the end of the show, Timberlake returned to talk about his affection for the Stax Music Academy and his recent experiences with its students. Timberlake also narrated a video about the history of Stax Records and the work of the Soulsville Foundation, which operates the SMA and neighboring charter school.

Although SMA’s planned appearance on the show was only supposed to have been a musical performance, their segment took a surprise turn as DeGeneres and Timberlake called the 16-year-old Clark, an aspiring singer, to the stage.

A six-year veteran of the SMA program, as well as a student at the neighboring Soulsville Charter School, Clark was unaware he going to be singled out.

“We didn’t know, no one knew, that this was going to be happening until the taping”, said Sampson, “until we were in front of the live audience”.

Clark talked about how his time at the Stax Music Academy had changed him. “Before coming to Stax I would consider myself a shy person”, he said, “but now I’ve gained a lot of confidence… I owe it to the teachers”.

Clark grew emotional discussing the personal mentorship that Timberlake has provided. “I feel like he has always been there ’cause he’s from Memphis. Getting that experience of him telling me, ‘Man, you’re going to be a superstar, and really meaning it, and just keep at it, really humbled me”.

“I said no matter where you are you are going to do something great”, Timberlake said of Clark.

Timberlake then revealed Clark’s gifts, including a trip to the 62nd annual Grammy awards in Los Angeles in January, as well as a scholarship to the Grammy Museum’s summer music education program. DeGeneres then revealed that Green Dot would also be giving $50,000 to Clark.

“You gotta get yourself together”, said DeGeneres to a visibly moved Clark, “I want you to perform”.

Clark and the SMA students then performed the Stax classic by Sam & Dave, “Soul Man”, as DeGeneres and Timberlake danced along playing percussion. As the broadcast was ending DeGeneres also confirmed that SMA would be receiving a $250,000 gift. Although it was not shown in the broadcast, the other SMA student-musicians were also given a selection of gifts and prizes.

Following the broadcast, Clark said he was “so excited” by the experience. “To have big stars like Ellen and Justin Timberlake invest in my future in this way, I am beyond thankful”, said Clark.

Although he was able to buy some clothes and a few Christmas presents for family and friends with the money, Clark says the funds have already been earmarked for his college education. “I plan to one day share my love of music with other young people as a music educator”, Clark added. “I feel so blessed”.