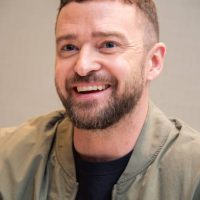 Justin Timberlake is diving deep into the Trolls World Tour soundtrack, which he executive produced, on Apple Music Thursday (April 9), in a one-hour special that will touch on the high-profile collaborations, the film’s message of inclusion and more.

“It’s a fantastic film and has got a message that I think is timely about inclusion through diversity, like realizing that”, he explains in the special. “I feel like I’ve fallen short of understanding this as I’ve grown into my own of thinking like, oh no, we’re the same. We’re the same, we’re the same. I’ve actually said it before and you realize it too. Like no, we all are different and that’s cool”.

“It’s a cool message to be reminded of”, he continued. “We’ve all had that feeling where you go into a classroom of your peers and you feel like you’re weird or different and that makes you less than, but that’s what makes you unique. And that’s something that I try to teach my son. And so it’s nice to have this to give a message to young people”.

Continuing the message of diversity, the soundtrack itself spans all genres, with songs by SZA, HAIM, Anderson .Paak, Chris Stapleton and more. “What’s beautiful about this movie and what we’re able to do with the music and where the world just is right now is everybody’s just listening to everything”, Timberlake noted. “We’re getting closer and closer to sort of de-genrefying music. I was literally having a conversation with Anderson and we were talking about what is it, and that being the conversation right now. And we were like, I don’t know man, does it slap or does it not slap? That’s it. And that’s kind of what we tried to do with this soundtrack. If I was to ask you about your playlist in a day, it’s going to go from so many different styles to the other”.

The special will go live on Apple Music on Thursday (April 9) here at 2 p.m. EST/11 a.m. PST. Trolls World Tour will be available on AppleTV on Friday (April 10).