Does Justin Timberlake Own the Memphis Grizzlies? 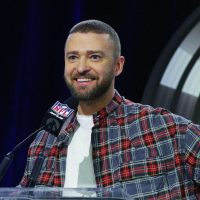 The celebrity world is full of avid sports fans who love to root for their favorite teams, from Jack Nicholson, to Spike Lee, to Mark Wahlberg. A small subset of celebrities even dream about owning their own franchises. Yet with most American sports teams valued in the billions of dollars, achieving that goal can prove difficult for even the hugest mega-stars.

One celebrity who has accomplished that dream is Justin Timberlake, an owner of the Memphis Grizzlies NBA team. A lot of confusion exists about how much of the team Timberlake actually owns. Here we break down the specifics of Timberlake’s involvement with the Grizzlies franchise, while also highlighting some celebrity sports team owners.

Timberlake’s stake in the Memphis Grizzlies

The first thing we need to get clear about Timberlake’s involvement with the Grizzlies is that he is not the team’s only owner. On the contrary, he is one of many part-owners of the team. Timberlake got involved back in 2012 when tech entrepreneur Robert Pera negotiated to purchase the team for $377 million.

Pera himself put up $45 million of that price, giving him the majority ownership stake. Over 20 other parties came on board to get a piece of the pie. Timberlake’s involvement came via the investment group Tennman Sports, LLC, who put $5 million toward the purchase. That gave Timberlake’s group a 2.84% ownership stake in the team.

In other words, Timberlake only owns a small sliver of the pie. Even at that level, however, the investment has ultimately proved quite lucrative. As of 2018, the Grizzlies franchise was valued at $1.3 billion—more than four times what Pera’s ownership group sank into it just a scant six years earlier.

Back in 2012 when Timberlake got involved in the Grizzlies purchase, many fans found themselves wondering why he had any interest in buying a sports team located in Tennessee. Wouldn’t it make more sense for Timberlake to get involved with a franchise located in a more high-profile American city? After all, Timberlake has been a frequent sight at Los Angeles Lakers games for years.

The decision to get involved in Memphis rested on two factors. The first was the opportunity. The chance to invest in an American professional sports team just doesn’t open up all that often. The second factor was personal: Timberlake was born in Memphis, and spent his childhood growing up in nearby Shelby Forest.

The Grizzlies didn’t end up in Memphis until 2001, meaning Timberlake didn’t grow up watching Grizzlies. Still, the hometown connection was compelling enough for him to get on board with a minority ownership stake. Simply put, the opportunity gave Timberlake a change to fuel his love of basketball, while also showing support for his hometown.

Some other celebrity sports team owners

Timberlake is far from the only celebrity who owns a stake in a professional sports team. In 2009, Jennifer Lopez and former husband Marc Anthony purchased a small stake in the Miami Dolphins. Since 2011, Will Smith has been a minority owner of the Philadelphia 76ers, along with his wife, Jada Pinkett Smith.

For a brief time, Jay-Z owned a piece of the Brooklyn Nets. He sold his share back in 2013, in order to channel the money into Roc Nation Sports, his sports agency business. Former late-night talk show host David Letterman is a co-owner of the IndyCar racing team Rahal Letterman Lanigan Racing.

Plenty of former NBA players have also gotten into the sports team ownership game, including Steve Nash, A’Mare Stoudemire, and Shaquille O’Neal. Most notable, however, is Michael Jordan, who since 2010 has owned a majority stake in the Charlotte Hornets.