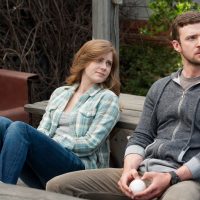 The team’s name will be the Nashville Stars and it’s difficult to imagine a bigger star than Timberlake joining the mix.

The multi-faceted entertainer is a Memphis native and avid sports fan who became a minority owner of the Memphis Grizzlies in 2012.

“I am thrilled to be involved in the movement to bring Major League Baseball to the great state of Tennessee”, Timberlake said in a statement. “I believe in Music City Baseball’s vision of linking baseball and music in a unique way to unite and entertain people and I am excited to help generate awareness throughout the community as we share our vision for bringing MLB to Music City”.

This news comes on the heels of renowned American baseball executive Dave Dombrowski becoming an investor, joining the effort and moving to Nashville.

With Dombrowski on board John Loar, leader of Music City Baseball, felt it was important to hit another home run by adding a big name from the music business. Timberlake, with his Tennessee ties and love for sports, was at the top of his wish list.

“I reached out to Justin’s management group and and we’ve been working with Justin for over six months”, Loar said. “I think he’s passionate about sports and he’s interested in the entertainment angle that we’re presenting in building a world class entertainment district, which includes a ballpark. Incorporating music and sports is interesting to him”.

Timberlake joined Loar, Dombrowski and several of the group’s other investors recently on a Zoom call.

“For us this is huge”, Dombrowski said. “I mean (Timberlake) is somebody that’s world-known, huge in the area and the region and the state. He supports baseball and all of the other things that we stand for. Having someone like that involved speaks a lot for his interest in making this work and also gives us support in talking to other individuals of this ilk. It’s extremely important to us”.

Many hurdles remain. As Nashville Sounds owner Frank Ward pointed out in an interview with the Tennessean in July, the team’s plans so far lack crucial details, such as a majority owner and financing, and then there are issues like negotiating for territorial rights and building a stadium. Nashville, where residents are facing a 34% property tax hike and businesses are losing an estimated $100 million per week in visitor spending, would need to help pay for that stadium.

“I understand the complexities of dealing with the city and state and all the agencies and everyone else involved in trying to accomplish that”, Ward said. “… You have to have the citizens behind you to do this. Because no matter what you say, at the end of the day you’re going to need city money”.

Timberlake was intrigued, Loar said, by the fact that diversity was a significant part of the group’s philosophy.

“When we first had a conversation with Justin’s management team and then had a conversation with him, our initiative here and the connection we have with diversity, inclusion and the equity piece and the connection with the Negro Leagues and the opportunity to do something unique was important to him”, Loar said. “Our conversations with Justin led us to starting a diversity oversight committee. To make sure that we’re doing more than we say and to hold us accountable on the equity side of this investment”.

Three-time World Series champion Dave Stewart, who was one of only five Black general managers in baseball history and is on the Music City Baseball Leadership Team, said Timberlake will have to switch his Major League allegiance.

“Justin Timberlake is a fan of the game of baseball and this is the opportunity for us to convert a (Los Angeles) Dodgers fan to a Stars fan”, Stewart said.