Justin Timberlake: It’s Easier Being A Parent Knowing Joe Biden Is In Command 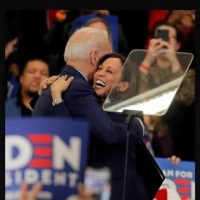 Justin Timberlake may have all the money he needs and all the comforts of a luxurious lifestyle, but with so much uneasiness in the world, and so much drama and turmoil unfolding around him, he and his family were not unscathed. The world was not the peaceful place he imagined himself raising his children in, and along with millions of other Americans, Timberlake exercised his right to vote, in an effort to influence the evolution of a healthier environment.

It’s easier to be a parent this morning.Thank you for this @vanjones68. We are moving forward 🙏🏼 #bidenharris

Today is a good day. This is just a step, but it’s a step in the right direction. Congrats @joebiden and @kamalaharris for making history 🙏🏼