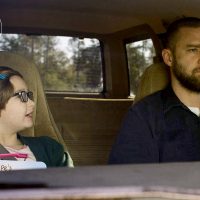 Palmer’s Ryder Allen recalled on the TODAY Show Wednesday (Jan. 13) that he didn’t know who his co-star Justin Timberlake was before filming together.

The pair appear on an upcoming drama film, set to be released on Jan. 29 on AppleTV+, about an incarcerated former college football star Eddie Palmer (Timberlake) who returns to his hometown and forms an unlikely friendship with a young boy named Sam (Allen).

Allen, who is 8, mused about forming a real-life bond with his “best movie friend”, the pop icon formerly of *NSYNC and one of the world’s best selling musicians. But he wasn’t fully aware of those parts of JT’s professional résumé.

“Actually, at first, I had no idea who Justin Timberlake was”, he said before Timberlake jokingly interjected, “You’re aging me”.

But Allen appreciated everything he learned from his superstar co-star. “It was amazing working with Justin, I think, obviously. One of the best parts about working with Justin is the experience that I got with him”, he noted. “All the notes, all the jokes, all the, just experience, including, I think, which is a day-to-day friendship between us. … He’s my best friend, best movie friend”.