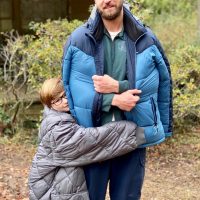 Justin Timberlake sent some good vibes towards his young co-star Ryder Allen ahead of the Critics Choice Awards on Sunday night.

The 40-year-old actor took to Instagram on Sunday afternoon, sharing a photo and behind-the-scenes video from the Palmer set with his eight-year-old co-star.

“This kid!!! @ryderpallen congrats on your @criticschoice nomination. Beyond proud… we cheering you on!!”, Timberlake said, adding the #Palmer hashtag and tagging @appletv.

The film was released on Apple TV Plus at the end of January, following Timberlake’s title character, who returns to his hometown after a lengthy stint in jail.