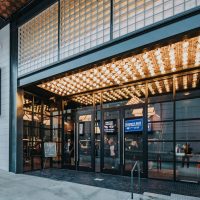 Arizona restaurateur Sam Fox is partnering with Justin Timberlake to open a new restaurant in Nashville. Billed as “a modern take on a classic supper club where dining, entertainment and design collide to make up the show”, the Twelve Thirty Club is scheduled to open in Nashville on April 14.

Timberlake helped open Southern Hospitality, a Memphis-style barbecue joint in New York City, where he was photographed with and reportedly traded recipes with Fox.

Together, they’ll launch The Twelve Thirty Club, described as a progressive three-story experience on Lower Broadway.

The First Level, billed as having “an elevated Honky Tonk vibe”, will feature live music seven nights a week.

The final level has been touted as “an iconic, 400-seat, dapper-as-hell Supper Club designed to deliver an unforgettable dining and drinking experience where live music performances fill the room with soul, and dinner should last an entire evening”.

There’s also a commanding view of the city from the club’s posh rooftop terrace, where lush greenery and outdoor fireplaces were designed with midnight cocktails in mind.

There’s a different menu on each level, from refined bar fare to upscale dining, with a focus on “American classics with a touch of Southern influence and unexpected whimsy”.

The first floor offers cold local beer and cocktails with the Supper Club focusing more on a champagne and wine program.

Musical performances on the Supper Club stage will feature a mix of up-and-coming artists, household names, DJs and an impromptu jams, all curated by Timberlake. “You never know who might show up”, the press release teases.

The design is courtesy of AVRO|KO, a New York-based architecture and design company whose work is characterized “by a unique convergence between the ideals of the past and an offbeat, forward-looking sensibility”.