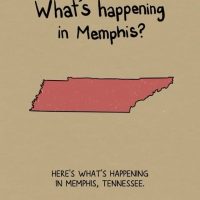 Justin Timberlake is taking a stand on Earth Day (April 22) against the Byhalia Pipeline potentially being built in his Memphis, Tenn., hometown.

The pop star shared an informational video, made by digital creator Mikhaila Markham, on his Instagram that points out how the city of Memphis — known as the home of Elvis Presley and shaped by its influential blues, soul and rock ‘n’ roll music — is also on top of the Memphis Sand Aquifer, a water source near the Mississippi River that supplies trillions of gallons of the world’s finest drinking water to 1 million locals. Valero Energy Corporation and the Plains All American pipeline company’s latest proposal, the 49-mile Byhalia Pipeline, could put this groundwater at risk by connecting two pipelines to transport crude oil to the Gulf Coast.

The Byhalia Pipeline would run through predominantly Black neighborhoods in South Memphis, which have long suffered from air and ground pollution. On his Instagram Story, Timberlake shared African-American civil rights leader Dr. Benjamin F. Chavis Jr’.s definition of “environmental racism”: “A form of systemic racism whereby communities of color are disproportionately burdened with health hazards through policies and practices that force them to live in proximity to sources of toxic waste such as sewage works, mines, landfills, power stations, major roads and emitters of airborne particulate matter”.

“Memphis is my hometown and I’ve always had a lot of pride in that… the people, the music, the food, and the culture. But what most DON’T know about this city is that it that sits on top of some of the world’s cleanest drinking water. It serves over a million local residents. But now that drinking water is at risk because oil companies are planning to build the #ByhaliaPipeline. This pipeline will run through predominantly Black, low-income neighborhoods. This cannot happen. Today, on #EarthDay, please consider what we are doing to the planet AND the people when we destroy sources of clean drinking water simply for the profit of two large companies. Watch to learn more about this and please support the good people of Memphis, by signing the petition in my bio. (Note: the petition is NOT a donation page, just a place to gather signatures to raise awareness on this issue). 🙏🏻 #MemphisStrong”.

Timberlake shared a link to a “No Oil in Our Soil” petition fighting against the pipeline and environmental racism in his bio. On his IG Story, the former *NSYNC member shared a video of another Justin — Memphis Community Against the Pipeline co-founder Justin J. Pearson — speaking at an MCAP and Poor People’s Campaign rally earlier this week”.