Thanks To Justin Timberlake, You’ll Never Struggle With Smart-Casual Again 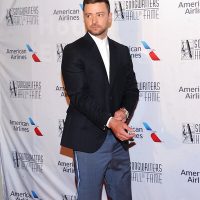 Smart-casual: a dress code that, for all intents and purposes, makes little sense. How casual is casual? And indeed, how smart is smart? What’s the midpoint? What do you wear? But, alas, thanks to Justin Timberlake, you’ve an easy way to break the trickiest dress code in the book.

At the 2019 Songwriters Hall Of Fame in New York, the boybander-turned-music-artist-proper easily nailed smart-casual. And, better yet, Timberlake did so with all the ease and effortlessness of that guy at the party who your significant other finds gratingly hilarious and charming.

The trick is to keep things classic. Where so many men try to veer on the smarter end of smart-casual, the 38-year-old used tailored separates in tandem – a mix-and-match formula to break up the overarching formality of the traditional two-piece. What’s more, subtle details bring Timberlake to the fore: a quiet check down south for depth, and a glint of stainless steel on the wrist.

But lest we forget the most important component of all – the move du jour endorsed by Ryan Gosling and Henry Golding and Timothée Chalamet and anyone, really, who sits on the pantheon of stylish men. We mean the air tie, the mighty act of eschewing neckwear entirely for a neat and tidy top button.

So, the next time you break out into a cold sweat at the thought of having to dress smart-casual, know that Timberlake has cracked the formula. You can do the same below.