The pop sensation appeared at the Alfred Dunhill Links Championship alongside world No4 Justin Rose for the first time. The pair previously played together at the AT&T Pro-Am at Pebble Beach in California and it was there that they came up with the idea of teaming up again on some of Scotland’s top courses, including Carnoustie and the Old Course at St Andrews. Timberlake said: “I’ve always seen it on television and thought it would be so fun to play.

“These golf courses are on the list of classics so to get to be here with one of my buddies has been a dream come true”. 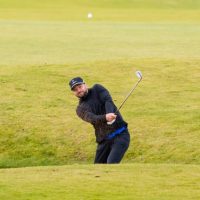 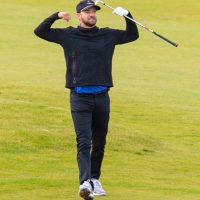 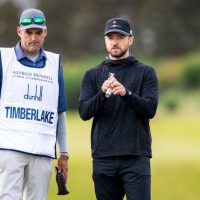 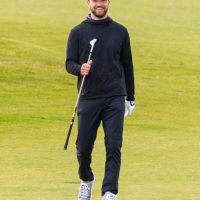 The singer used to have a tournament named after him on the PGA Tour, the Justin Timberlake Shriners Hospitals for Children Open, which took place in Las Vegas.

Timberlake, who is a member of Liberty National Country Club in New Jersey, was supported from the sidelines by his actress wife Jessica Biel during his special week in Scotland.

He said golf is the perfect antidote to a relentless touring schedule.

The singer added: “I think that’s why I fell in love with the game, because it’s always a great break for me just to get away”.

Former world heavyweight champion Klitschko said: “I’m enjoying myself and I’m not getting too crazy about it because that approach made me almost quit golf.

“My expectation levels were very high in boxing but when I turned to golf there was nothing happening and I felt like I was the worst player ever”.