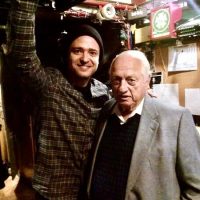 The 39-year-old pop superstar took to Instagram on Friday to mourn the loss of the longtime Los Angeles Dodgers manager, who died Thursday night after suffering a heart attack. He was 93.

The singer, a huge baseball fan who appeared in 2012 film “Trouble with the Curve” alongside Clint Eastwood and Amy Adams, noted that Lasorda wanted to watch him rehearse for a past appearance on SNL.

“A real legend and one hell of a man”, Timberlake wrote. “I feel lucky to have shared time with you Mr. ‘Tommy’ Lasorda. I’m sure you’re already raising a little bit of hell up there”...