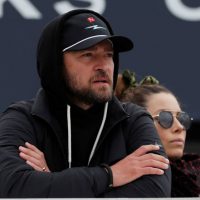 Justin Timberlake has pledged support for Minneapolis protesters and has asked others to do the same.

In a recent Tweet, the pop music icon and movie star invited others to join him in donating to the Minnesota Freedom Fund. The Fund’s mission is to cover bail and bond costs for people who can’t afford to pay for themselves.

Minneapolis has experienced days of protest and nights of unrest since the murder of George Floyd by police last Monday. A curfew went into effect on Friday for Minneapolis and surrounding cities. Over the weekend, 481 people were arrested, according to the Minnesota Department of Public Safety. It is unclear how many of those arrests were for violating curfew as opposed to rioting, looting or arson.

Recent days have seen relative calm locally as demonstrations and violence have erupted around the country.

Timberlake headlined the halftime show at Super Bowl LII, which was played at U.S. Bank Stadium. He has donated to a wide range of charities and social causes over the course of his career. Donations have also poured in to help businesses shattered and shuttered by the destruction.

Please join me in supporting the Minneapolis protestors by donating to the @mnfreedomfund. The freedom fund is combatting the harms of incarceration by paying bail for low income individuals who cannot otherwise afford: https://t.co/tFr8Jh7TUX