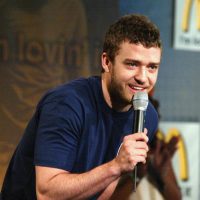 When people think about Pusha T, they likely are not thinking of a jingle writer. The celebrity rapper has had several massive hits with Clipse, solo projects, and features with many of the hottest names in hip hop.

However, the Story of Adidonrapper moonlights helping commercials make songs to sell their most popular products. This was the case with McDonald’s, which employed the rapper to write its now-famous “I’m Lovin’ It” jingle. However, despite making the song a massive hit, its performer, Justin Timberlake, reaps most of the awards.

According to a video from Hodges U, the ad campaign, which has since become the longest-running in the hamburger giant’s history, debuted in 2003. The company started with some notes conceived by jingle giant Butch Stewart and passed it along to Pharrell Williams and Justin Timberlake. Timberlake took the idea and made an unbranded pop song out of it with the help of McDonald’s. It was presented, at the time, as a natural inspiration.

After the commercials took their course, however, it became clear that McDonald’s had understated their involvement in the story. However, the person whose work was most understated was Pusha T. According to the rapper. He helped not only contribute to the song with a guest verse but get it off its feet and make the jingle that we all know today.

The rapper was paid $500,000 for his guest verse. This is a healthy chunk of change. However, Timberlake got $6 million after the rapper claims he didn’t seek the song’s publishing rights. It’s helped guide him toward future success in the commercial jingle industry.