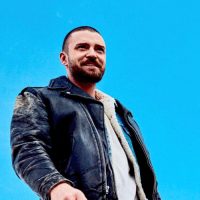 There are few entertainers who are eventually able to shape their legacy with multiple entertainment avenues; In the dawn of the 2010s, Justin Timberlake was enjoying an impressive streak of career winnings, following a massive success with his Grammy-nominated sophomore record, and he was exploring the world of being a leading man on the big screen. By the beginning of the decade, Timberlake was well-familiar with earning accolades as a member of one of the world’s biggest boybands and had proved himself to have staying power in the music industry after earning two Grammy wins for his solo albums.

As luck would have it, Timberlake would soon have an opportunity to join the cast of an installment of a successful franchise when he accepted the role of Artie in Shrek: The Third, back in 2007, only one year following a career highlight in his music career, allowing for both a more well-rounded salary and career path!

Not only has Timberlake been successful in multiple components of entertainment, but he has also managed to create a comfortable existence for himself, and his wife, actress Jessica Biel. A central component of Timberlake’s assets derives from his now-very lucrative film career. Timberlake’s contribution to Shrek: The Third earned him an estimate of two million dollars after bringing Artie, the king of Far Far Away, the land in which Shrek and his family call home!

Breaking Down Justin Timberlake’s Net Worth In Film

Timberlake’s venture into the studio to lend his voice to Shrek: The Third was his most successful role to date where he earned a very profitable sum in the millions for his performance and the film’s general earnings proved to be incredibly successful as well. Shrek: The Third’s total box office earnings ended up being a respectable number, earning just a bit under ten million dollars; Its total earnings totaled to be $813,367, 380 worldwide, via Box Office Mojo.

The actor also has made a name for himself in live-action films. One of Timberlake’s most notable roles was in The Social Network, the 2010 biopic about Mark Zuckerberg, and the rise of Facebook on its road to becoming a global entity. The film went on to earn $224.9 million worldwide at the box office. A role where Timberlake was given the chance to show off his comedic chops in a more mature film than the role where he earned the highest amount of money for an acting role to date and where he was reunited on screen with his former love, Cameron Diaz, was 2011’s Bad Teacher. The film turned out to be a success with cinema-goers. Bad Teacher went on to earn $216.2 million at the box office, according to Money Nation.

Over the course of nearly three decades, Justin Timberlake has made a name for himself, wearing many hats within the entertainment industry, effectively earning himself a spot in popular culture history where he’s remembered as a prince of pop music and the king of Far Far Away!