Will Smith, Justin Timberlake among investors in digital bank Step 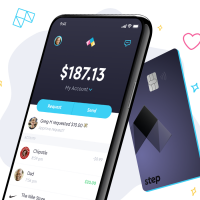 Step, a digital bank for teenagers, named several celebrities and executives from major companies as investors in its latest round of funding.

Step launched to the public in September and has more than 500,000 users. Its no-fee account and app is meant for teens, but those under 18 will need a parent to “sponsor” and oversee the account. Step offers peer-to-peer payments, reminds users of their balances when they make a transaction and lets users build their credit through the debit card by reporting repayment behavior to credit bureaus. Deposits are held by the $647 million-asset Evolve Bank & Trust in West Memphis, Ark.