How Much Does Justin Timberlake Make For Endorsements? 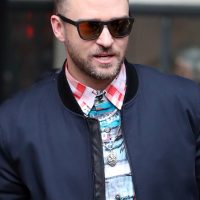 Breaking out in the music industry is the goal for so many people, but the truth is that there is room at the top for few performers. As such, the people that do make it big wind up fighting hard every single day to ensure that they maintain their place at the top of the pile. Stars like Eminem, Lady Gaga, and Jay-Z all know what it’s like to find success and remain relevant.

Justin Timberlake initially broke out back in the late 90s, and since then, he has maintained his place in the industry. Not only has he been able to make millions by making incredible music, but he has also landed tons of cash by being a brand ambassador for notable companies.

McDonald’s Paid Him Around $6 Million

Big brands love working with big stars whenever they get a chance, and years before the Travis Scott burger came full force and took over social media, Justin Timberlake was partnering up with McDonald’s and making millions while doing so.

McDonald’s’ “I’m Lovin’ It” is about as iconic as it gets as a slogan and as a jingle, and just saying those words out loud will have people craving a Big Mac and fries. During the 2000s, Timberlake partnered with the brand for an ad campaign and even did his own rendition of the jingle for commercials. For his efforts here, Timberlake was compensated with $6 million.

Now, we have seen celebrities make a whole lot more than this for simply advertising a brand, including a $26 million deal for Taylor Swift and ad campaign with Diet Coke, but no one will turn down $6 million for a quick jingle and some McDonalds.

As it stands now, this is the largest known salary that Timberlake has pulled down for a single endorsement. Of course, he has worked with loads of other brands, and we can only imagine what some of the endorsements from his *NSYNC days look like. They were one of the biggest acts in the world, and they, along with the Backstreet Boys, were landing monster deals seemingly left and right.

He Worked With Other Huge Companies

McDonald’s has been more than happy to work with musicians like Timberlake through the years, but you had better believe that they are not the only ones who have been interested in working with the star. Sure, he has his own business ventures, but who would pass up the chance to make millions while promoting another brand?

According to Celebrity Net Worth, Justin Timberlake has worked with other companies like Sony and Walmart. Both of these brands are flush with money, and considering that they happened well after the success of the “I’m Lovin’ It” campaign, we have to imagine that they paid him even more money.

Another major ad campaign that Timberlake took part in was with Givenchy and their “Play” scent. In the past, major stars have commanded millions from cologne and perfume brands, so Givenchy must have shelled out some serious cash in order to get Timberlake to bite on an ad campaign.

Through the years, Timberlake’s work with major brands has certainly lined his pockets, but most people may not have a clue about just how much he has been able to secure with these top companies. Needless to say, the overall number is wild.

$42 Million Of His Net Worth Is From Endorsements

Money Nation has a nice breakdown of what the music star has been able to accomplish financially, and one look at his endorsements will reveal that he has done quite well for himself in this department.

According to the site, Timberlake has made roughly $42 million of his net worth from endorsements alone. The site suggests that his overall net worth is sitting around the $230 million mark, meaning that a nice chunk of what he has been able to accomplish financially has come from working with other brands.

Other key components to his massive net worth are touring and his time with *NSYNC, which was incredibly lucrative. Concert tickets are outrageously expensive, and because of who he is as a performer and star, Timberlake can pack the biggest venues around the world on any given night.

While there are no official numbers on some of the biggest ad campaigns that Justin Timberlake has taken part in, the fact that he has netted at least $42 million overall for his efforts means that he has set a benchmark that other celebrities will be looking to eclipse as their own major deals come into play.