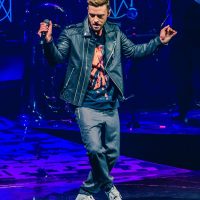 Justin Timberlake’s chart-topping turn on LIVE75 is based on an average of 14,976 sold tickets from six concerts in March led by a performance at Kansas City’s Sprint Center, the best-attended show of the six in this tally. The arena sold 17,528 tickets for a sold-out concert on March 21 with a gross totaling $2.6 million.

Timberlake scores his No. 1 ranking on the chart just as his tour reached its finale on April 13, the last night of a two-show stint at Mohegan Sun Arena in Uncasville, Conn. With only a handful of boxoffice reports outstanding, revenue currently totals $207.1 million from the entire tour based on 1,621,615 sold tickets at 105 concerts. The tour has averaged $1.97 million in earnings per show since its launch 13 months ago, showing an increase in the average gross compared to his 20/20 Experience world tour that spanned 14 months. That tour averaged $1.76 million per show during its run from Nov. 2013 through the beginning of 2015. Attendance averages from Man of the Woods also show a slight increase over the 20/20 run with 15,443 tickets per show compared to 14,958 from five years ago.